The map above, compiled by Craig Williams, shows the locations of many trees on British Columbia's Big Tree Registry, as well as other notable trees.

One of the trees on the map is the Red Creek Fir near Port Renfrew, Vancouver Island. This monument to the primal forest of old is the largest Douglas-fir in the world. It has an estimated wood volume of 349 cubic meters.

BC's registry of big trees has the ambitious task of recording the top 10 largest and tallest known trees of each of the province's 50 plus native species.

But listed trees are only the known champions. It is probable that larger trees exist in nooks and crannies of little visited, remote locations in the BC wilderness, or possibly even in your own urban neighbourhood or park area.

BC's tree registry depends on the public to find and nominate trees for inclusion in the list of notable specimens.  Although you will see the names of professional tree hunters like Robert Van Pelt on BC's registry, most trees have been nominated by interested amateurs.

Sooke's old school tree hunter, Maywell Whickheim, had the distinction of adding Canada's largest tree, the Cheewhat Cedar, to the registry. He has hinted that an even larger Western red-cedar exists somewhere in the green, dripping, rain forest of southern Vancouver Island.

He is not saying where the tree is, leaving that to present and future big tree hunters looking for a record-breaker.

It is hard to imagine a cedar larger than the mighty Cheewhat tree (which can be found in a remote part of Pacific Rim National Park, east of Cheewhat Lake).

You can zoom in on the Cheewhat Cedar, and other champions from the BC Big Tree Registry, on the map above. Click on the tree icons for more information on type of tree, its location, and more.

You can also click on the link under the map to visit the original that has additional handy features. Our 'Visit Them' page also has more information on the locations of some of Vancouver Island's champion trees.


You may even develop an interest in becoming a big tree hunter yourself, and adding some champions to the provincial registry. That is what Randy Stoltmann did, and he ended up saving a bunch of them, too, like the amazing Sitka spruce of Carmanah/Walbran Provincial Park. Many of BC's champion trees, like Port Renfrew's Red Creek Fir, still have no official protected status.

Randy's name appears in the Big Tree Registry more times than any other, the result of a short (he died in a wilderness accident in 1994), but serious period of exploration in BC's exceptional forests.

Nominations to the registry are always welcome, and can be submitted on the UBC Forestry website.
No comments: Links to this post

Just as the public is discovering the beauty and importance of old growth trees and forests, the provincial Liberal government is proposing we cut them down for short term gain.

A leaked plan has emerged which advises the province look at logging old growth forests in parks, protected areas, old growth management areas, and wildlife corridors in the pine beetle-ravaged interior of the province. Due to the infestation, current wood sources are running out.

The hope is to save approximately 12,000 jobs by keeping mills open with trees from previously protected areas.

VANCOUVER — The Globe and Mail

"A committee looking for ways to boost B.C.’s dwindling store of timber is looking at logging protected areas such as old-growth forests as one way out of a supply crunch.

The options, included in a June 11 discussion paper of the government-appointed Special Committee on Timber Supply, come in advance of community open houses scheduled for June and July and provide more detail on plans that came to light in April, when leaked documents revealed the government was looking for ways to bolster timber supply."

Read more here.
No comments: Links to this post

Advice From A Tree 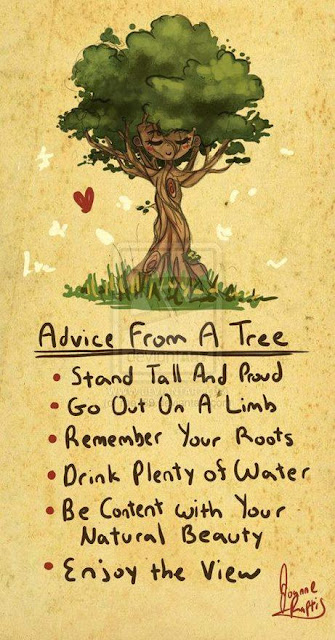 Email ThisBlogThis!Share to TwitterShare to FacebookShare to Pinterest
Labels: consciousness of trees, life of trees, trees and forests


I started VIBT in 2009 in order to celebrate the big trees I have come to love since my first visit to the island 33 years ago. A major goal for me is to have people experience these trees for themselves, in the hopes that they will become advocates for preservation of British Columbia's remaining old growth.

But not everyone is comfortable with grabbing a map and a set of directions and heading out onto logging roads that are sometimes far from civilization, and trying to hunt down the elusive 'Big One'.

There is another way to get to, and enjoy, the big trees, and that is as part of a guided tour.

Thankfully, there are organizations dedicated to educating the public about the beauty and importance of old growth trees and forests in the hopes of creating much needed forest defenders.

On Vancouver Island, Ancient Forest Alliance is working to "protect the endangered old-growth forests of British Columbia and ensure sustainable forestry jobs in the province".

The group gives guided tours to various big tree destinations, the most recent being a fund-raising tour of Avatar Grove near Port Renfrew.

Check their website for more information on upcoming hikes.

See them - save them.
No comments: Links to this post

There Goes The Neighbourhood

There goes the neighbourhood.

When we clear cut old growth forests we are not just taking trees - we are clearing an entire ecosystem.

Everything that depends on the forest, that has covered the Pacific Northwest for the past 10,000 years, is out of a home.

The race is on globally. Will we retain any of our original forests, and all the creatures that live there, or will we log our forest ecosystems to death?
1 comment: Links to this post