Not far from Port Alberni and the much visited and loved-to-death Cathedral Grove, lies a 500 hectare remnant of the once mighty Vancouver Island Coastal Douglas-fir ancient forest. While visitors to MacMillan Provincial Park, (of which Cathedral Grove is a part) enjoy one of the tallest, fattest, and oldest groves of trees on earth, Island Timberlands is logging a forest just like it on nearby McLaughlin Ridge.

When there is only 1% of the original Coastal Douglas-fir forest left untouched by industrial activity, continued destruction of this ecologically diverse ecosystem may be legal, but it definitely is not moral, or an intelligent use of the land.


Biologists classified this forest, which is on private lands, as critical habitat to several species such as wintering deer and nesting goshawks. It is also critical habitat for big trees, which are endangered here. 400 foot plus Douglas-fir, which once were common in the ancient forest, are probably already extinct.


The government tells us that Cathedral Grove park "protects and preserves an internationally significant representative example of Douglas fir old-growth forest within the East Vancouver Island and the Coastal Douglas fir Biogeoclimatic Zone."

The park is established as Class "A", Category 2, Schedule A, and "is dedicated to the preservation of its particular natural environment for the inspiration, use and enjoyment of the public".

Here, the propaganda tells us, one "can stroll through a network of trails under the shadow of towering ancient Douglas-fir trees, majestic pillars untouched by the modern world – some more than 800 years old".

Or you could drive a bit further to McLaughlin Ridge, and see a similar forest being converted into a scarred and torn wasteland.

Conservationists are calling on the provincial government to purchase the land that this old growth forest covers. After clear cut logging 100 hectares of old growth, 400 hectares remains on McLaughlin Ridge. To liquidate it, and everything else that depends on it, is delusional folly at best.

These trees do not belong to Island Timberlands, or to the pro-business government. These trees, and all old growth forests belong to the earth, and all its citizens.

We can stop the destruction by saying NO to continued old growth exploitation on McLaughlin Ridge, and everywhere else it still exists.

See the Ancient Forest Alliance website for more information, and to see beautiful (and disturbing) TJ Watt photos of the McLaughlin Ridge ancient forest.
No comments: Links to this post


View St. Albans Sequoia To Be Saved in a larger map

Whether we are in the back country, or in urban areas, there is rarely good news when it comes to saving significant trees in British Columbia. Here, in Canada's most treed province, the value of our woody wonders has perhaps been diluted by the sheer volume of them.

Occasionally though, dentritic defenders win a battle, if not the war. Such is the case of the St. Albans Giant sequoia in the Victoria neighbourhood of Oaklands. It has been under threat since the property on which it grows was sold to developers.

Giant sequoia have a very long association with Victoria, even though the huge trees are native to California. That the trees exist here shows early Victoria's connection to the American state.

Some of the trees were brought as saplings by Californians moving north, and sequoia seeds were advertised in Victoria as early as 1860. Local nurseries also raised sequoias for sale locally. Many must have been planted by displaced Californians that missed their unique state tree.

Today, Victoria's Giant sequoias have become landmarks, and their conical tops tower above everything around them. The tallest sequoia, which may be the tallest tree in Victoria, is 52 meters (170 ft) tall. But let's get back to the sequoia on the St. Albans property.

Earlier this summer, Cindy, an Oaklands resident, contacted me to see if I might be able to offer some suggestions for saving several Garry oaks, and one sequoia. I responded with some ideas, and waited to hear of the fate of this landmark tree.

Recently I received a follow up email from Cindy. In it she says:


"Many people came out to the Community Association Land Use forum to speak out in favour of protecting the Sequoia tree. This resulted in these wishes being considered in the report drafted for recommendations associated with the approval of variance application being put forth by the developer.

Over a month has passed and this morning, the application went before the Planning and Land Use Standing Committee.  I have good news!!  The committee approved staff recommendations that a restrictive covenant be registered on the Sequoia prior to a public hearing that will also take place!

In case you are interested, here is the report that the Committee considered, and upon which made its decision:

Thank-you again for taking the time to help provide us with guidance.  This helped contribute to what looks like a happy ending!"

Loggers long ago removed the largest Western red-cedar and Douglas-fir from the Victoria area. With the native big tree competition gone, the biggest trees in town are Giant sequoias. All the old, huge sequoias have heritage value and deserve to be protected.

Congratulations to Cindy and the Oaklands neighbourhood for taking action on behalf of their neighbourhood giant, and saving it from becoming yet another victim of the relentless development that has been taking place here since the 1850s.

I am happy to have been a small part of the effort to successfully save what is probably the neighbourhood's oldest planted tree.

Are you trying to save a significant Vancouver Island big tree? Let us know in a comment, or contact us (see info on side bar). We are happy to help in any way we can. 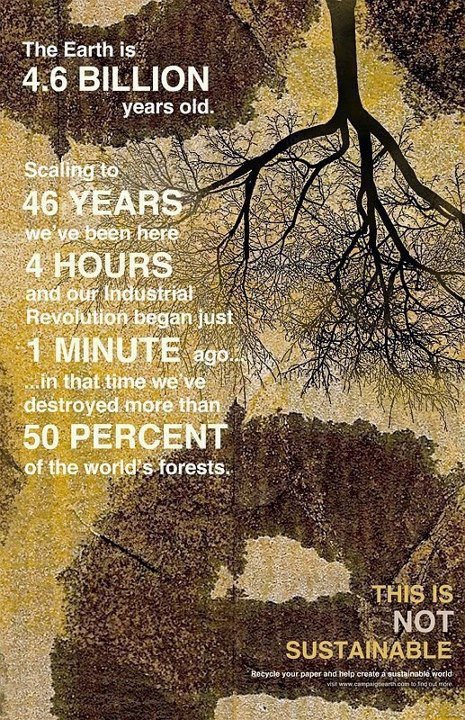 With 50% of the world's forests already affected by logging, it is important that we take responsibility for caring for what is left. There are things that each of us can do to help save our forests.

Saving for all the other living things that depend on it, for future generations of humans to use and enjoy, and for the simple fact that forests as 'super-organisms' have the right to exist unimpeded by greed and mismanagement.

Each of us can do things to help save the world's forests:


Wherever I go my gaze is automatically drawn to the landscape, especially the trees. Big trees poke out like beacons from the past. They whisper to me of an ancient forest of which they were once a part. Today, many of these trees stand alone.

One such tree lives at the west end of Sooke Harbour on Whiffin Spit in Sooke, BC. It is another one of those refugees that dot the land, standing alone surrounded by younger trees and in this case, residential development.

Standing at 30 meters (98 ft) plus, this ancient entity has been here longer than the Europeans who have exploited the original forest to near-extinction.

Sooke is an excellent place to fill your tree spotting life list as it sits in a transitional zone between Vancouver Island's two major ecosystems. To the east and up the inside coast is the dry Coastal Douglas-fir ecozone, and to the west and north is the wetter Western Hemlock ecozone. It is a big tree spotting paradise.