Some Trees Are Worth More Standing 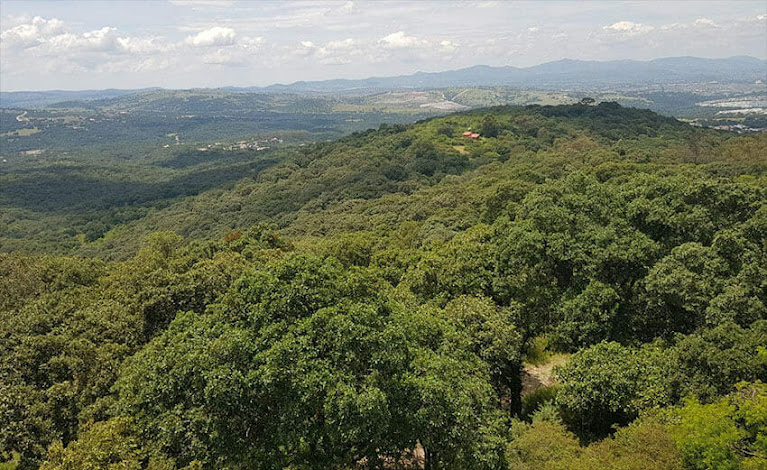 In most forested places in the world logical thinking people have come to the conclusion that some trees are worth more when left standing in ecologically intact forests.

Puebla, Mexico is one of those places saving forest habitat for the many irreplaceable benefits they accrue to humans and other living things.

The declaration shields the area from real estate development

The Flor del Bosque park, located southeast of Puebla city, has been declared a natural protected area, the state government announced on Thursday.

This will mean that the park’s 1,501 hectares will be off-limits for real estate development and other kinds of new settlement, and that the communities already living on the land will be obliged to participate in its sustainable use and protection. 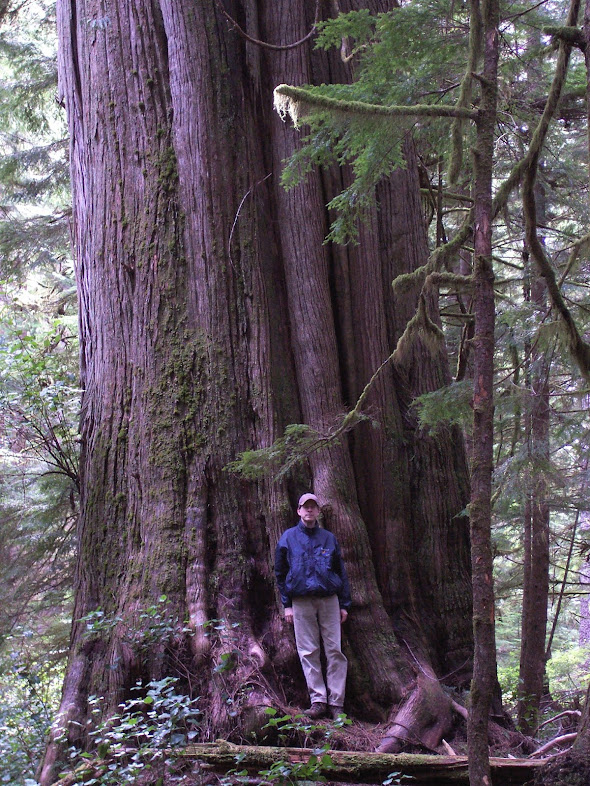 "Every tree has its enemy, few have an advocate. In all my works I take the part of trees against all their enemies."

With the state of our forests in Canada and around the globe, we could use more tree advocates.

There are many today who are doing a wonderful job of protecting the old growth for future generations to enjoy, and I thank them all from the depths of my tree-loving heart.

The big trees have their enemies that must be stopped. Consider becoming an advocate before all the old growth is gone.

BC Floods and Clearcut Logging

The discussion following record-breaking rains and floods in British Columbia include speculation about the effects of fires.

We should also be wondering about the effects of unprecedented levels of damaging logging practices.

In the future, will logging companies be sued for their negligence?

There Goes The Last Dodo 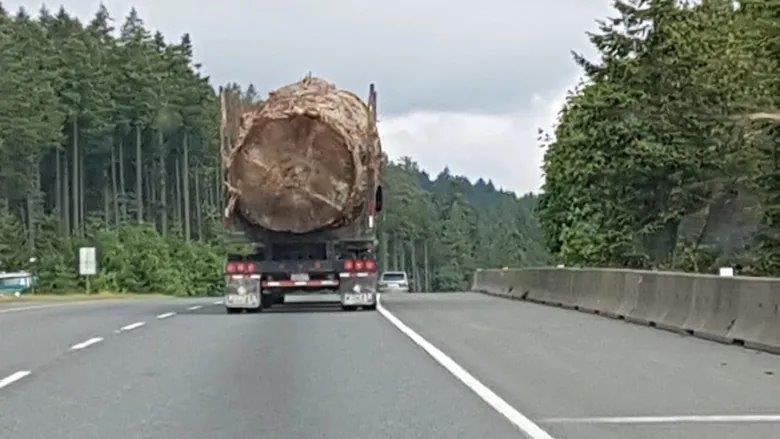 A big tree is not just a big tree. It is an entire neighbourhood. The human equivalent would be a residential skyscraper.

Imagine if someone cut one of them down just because harvesting big buildings was profitable.

When we see a big tree, or any tree, going down the highway on the back of a truck we should say,

"There goes the neighbourhood".

Each old growth tree is a community of millions of different organisms large and small.

Some can't live anywhere else.

Where are they to go?

A recent photo taken on Vancouver Island of a single, large sitka spruce trunk on a logging truck went viral.

The large tree looks like it could be about 800 years old, give or take 200 years.

Many people that saw the photo were shocked that we still do this kind of thing when so much of the ancient forest is gone.

Over 90% of the oldest and best stands have already been logged in BC. It makes one think they will not be satisfied until they get as close to 100% of the big trees as possible.

As soon as possible.

One day we will view decimating entire ancient forest communities that have thrived harmoniously for 10,000 years as barbaric and tragically old fashioned.

We will look into how they got away with replacing the great mass of 10,000 year old forest with tree farms on 80 year rotations, with the big trees never to be seen again outside of small parks and areas they haven't ruthlessly exploited yet.

That day of reckoning may be coming sooner than they think if the reaction to the viral photo of that formerly beautiful spruce tree on the back of a logging truck is any indication.

It can't come soon enough for a great many, and growing, number of us. 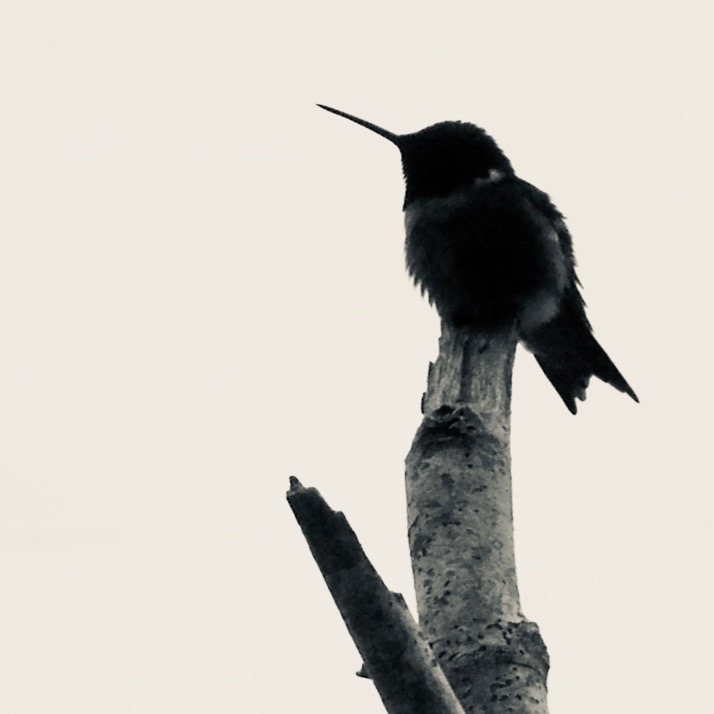 Every May the hummingbirds return to our area, and every May our feeder is out to greet them. Because of these busy, tiny birds, it is a joyful time of year.

The males come back first, setting up territories that they vigorously defend.

Our feeder can be seen from our kitchen sink, and when we are cooking or doing dishes there is endless entertainment just outside our window.

It is said that hummingbirds open the heart.

When we connect with hummingbirds, we delight in the sheer joy of living.

Life is a wonderland of sensuous delights, and we exist in its beauty, delighting in spring flowers, aromas, early sunrises, and the taste of fresh wholesome foods.

Hummingbirds remind us to laugh and enjoy creation, to appreciate the magic of being alive and the beauty of nature all around us.

Sure the world can be a messed up place, but that should not blind us to the infinite beauty around us at all times.

This is the vision, and gift, of heart-opening Hummingbirds.

How I Go To The Woods 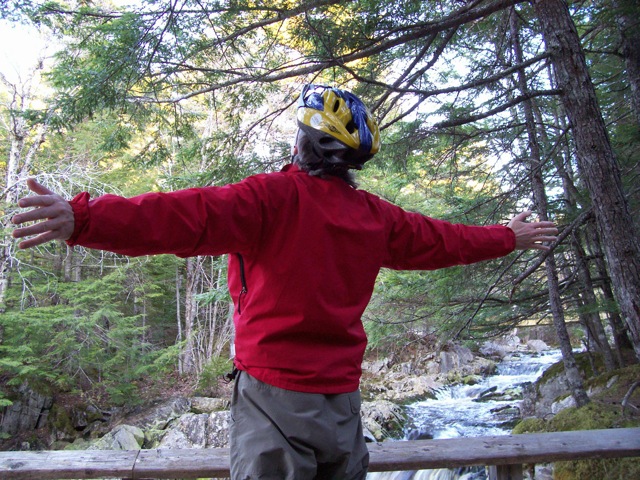 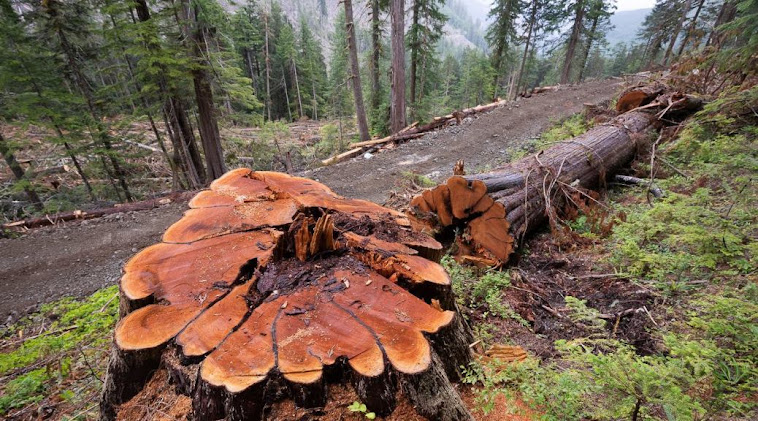 "The razing of an old-growth forest is not just the destruction of magnificent individual trees – it’s the collapse of an ancient republic whose interspecies covenant of reciprocation and compromise is essential for the survival of earth as we’ve known it."

With very little left globally, it will be too late if we don't take immediate action.

The destruction of our old forests will go down in history as one of humanities greatest blunders, and a major cause of our eventual extinction.

It is a crime against this planet and all life on it.

A couple of hundred years of profit? 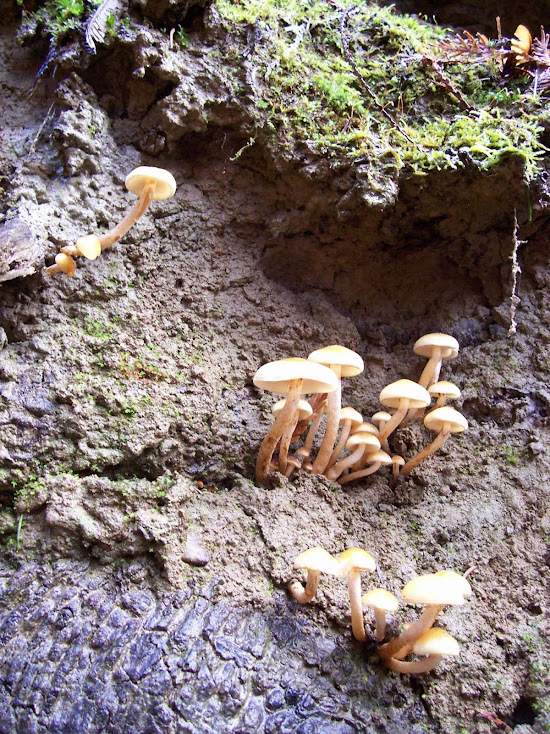 An interesting comment was left here a few days ago. I am posting it to reach a wider audience because it sounds like an amazing opportunity to imagine and implement projects to make a difference.

MicroArks! I love the sound of that.

I'm lucky enough to have access to quite a number of native tree seedlings on an East Sooke property. The ones easiest to transplant are between 1-4 yrs old.

At a Victoria location there are Garry Oaks, Arbutus, and Snowberries.

There's also some duff infused with Mycorrhizal fungus and epiphytic moss, lichen and liverworts to innoculate the replanting sites.

I'd really like to find carefully considered locations for replanting and long term care.

I transplanted about 50-60 with a small group of mostly kids a year ago but a repeat didn't happen due to Covid 19.

I'm hoping to connect with any people interested in some small scale, responsible, replanting collaborations in the next few months. Or even to simply discuss the concepts and processes involved.

I feel we need to establish some "MicroArks" consisting of groups of trees and their associated flora and fauna that are carefully considered and cared for.

They will provide examples to be replicated thus beginning the regrowth of truly natural forests for perpetuity.

Thanks for your interest!

Standing Up For Big Trees In Fairy Creek Valley

"If you wanna see real change, you're gonna have to stand up for it."

Old growth forest protectors are standing up for big trees near Port Renfrew (Big Tree Capital of Canada) and blockading the construction of new logging roads into Fairy Creek Valley, the last pristine valley outside of a park on southern Vancouver Island.

In a saner world we would not allow the destruction of such a treasure on Vancouver Island's south coast. But we don't live in a sane world.

When those that work for us in government fail in their responsibility to protect what is collectively ours, it is up to us to be the real stewards of the land, and protect its inherent right to be.

If our public servants in government won't speak for a voiceless and defenceless nature, we have to.

Case in point is what is happening outside of Port Renfrew, town to an area long known for its (disappearing) big trees. There, just a few kilometres outside of town, Teal Jones is hacking through previously unhacked forest on their way to get to a pristine valley of big, ancient trees.

The valley contains an ancient forest that has existed, relatively unchanged, since the last ice age, 10,000 years ago. It is a unique, irreplaceable ecosystem.

Some of the ancient yellow cedars there could be upwards of 2000 years old.

Cutting trees that old in 2020, when we know better, should be an obvious crime against nature, and all around excellent example of the ongoing ecocide currently plaguing our planet.

Show me nature that has been preserved and protected from industrial butchery, and I will show you a scrappy, dedicated group of caring people that put their bodies on the line to do what is right.

It was such citizen groups dedicated to direct action that saved places like Clayoquot, Elaho, Stein Valley, Carmanah, Strathcona Park, and so many more beautiful places.

Respect, and a heartfelt thanks, to everyone on the Fairy Valley logging road blockades.

We appreciate you standing up for some of the last remaining old growth on south Vancouver Island.