There is nothing like a big tree road trip. VIBT hit the road recently on a perfect fall day, and headed for the big trees of Port Renfrew, B.C. Destination? The San Juan Spruce, Canada's largest Sitka Spruce (Picea sitchensis).


There are many giant trees lurking around the Port Renfrew area, some well known, and others yet to be discovered. One of the more well known trees resides next to a bridge about 20 km up the San Juan River east from Renfrew. There are few known trees of its proportions anywhere, and if it were in some other country, it would undoubtedly be more celebrated than it is here. 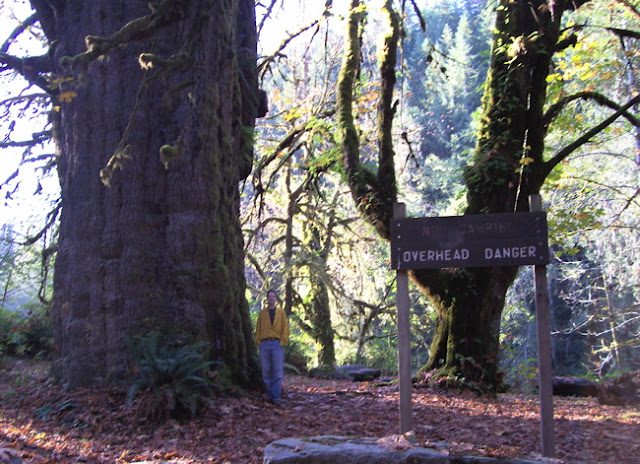 This massive building-sized tree is Canada's largest spruce tree when measured by wood volume (333 cubic meters). You can see the 62.5 meter top of it from the bridge as you cross the river. It is in an area where other large Sitka spruce can be seen poking up like islands in the sea of second growth around them.


As you turn left at the end of the bridge and descend down to the San Juan River Bridge Forestry Recreation Site, the full 3.71 meter diameter of the champion spruce comes into view. 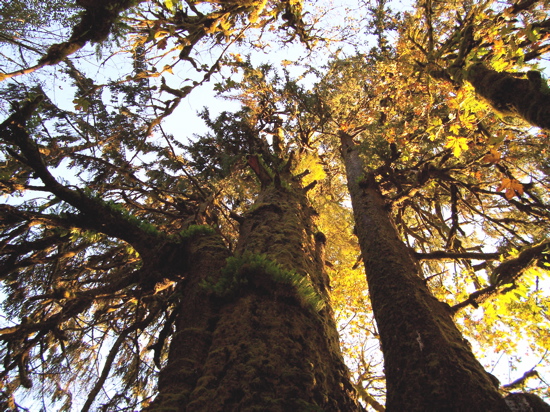 The San Juan Spruce is all out of proportion compared to what one normally thinks of as a typical tree. It would take several adults holding hands to circle the 11.6 metre circumference base. This is the second largest Sitka spruce in the world after the Queets Spruce in Olympic National Park, Washington.

At first the visitor will be struck by the sheer size of the giant, but after a while may also come to appreciate its interesting architecture. It has a complicated canopy, including a side trunk that is a large tree in its own right.

The San Juan Spruce is much more than just a tree - it is an entire vertical community of rain forest life. A large bracket fungus graces its lower trunk, and ferns grow in splashes of fluorescent green everywhere on the trunk and in the canopy. A Red-backed vole could live its entire life in this one tree. Forest debris builds up thickly on branches supporting a variety of spongy mosses, and even other trees.


A pilgrimage to this living monument is a tribute to the logging survivors that remind us of our connection to the ancient forest. A visit to the San Juan Spruce can also be seen as a tribute to Randy Stoltmann. He discovered, then worked to protect, this amazing tree. Stoltmann was compiling the beginnings of British Columbia's Big Tree Registry when he died in a back country accident in 1994. 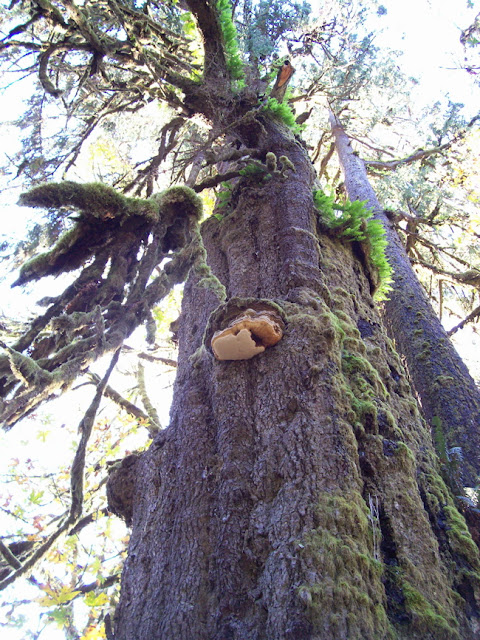 Bonus: See the Red Creek Fir (biggest Douglas-fir in the world) while you are back here, if you are driving a 4X4 or other high clearance vehicle. Watch for signs along the way once you leave Harris Creek Main. It should be possible to loop back to Port Renfrew via Red Creek Main (edit: Red Creek Main is no longer passable).

Take Highway 14 from Sooke to Port Renfrew, a distance of about 88 km. From Port Renfrew take Deering Road to Harris Creek Main. Turn right toward Cowichan Lake until the Y intersection shown on the map. Watch for signs that will lead you to San Juan Bridge Recreation Site, a small, rustic 6 unit campground next to the San Juan River. Drive carefully and always be prepared with supplies and an emergency kit while driving logging roads in the back country.